Various studies have shown that chemical molecules have an inherent wave-like feature, which contains the information and function of the molecule. Additionally, this electromagnetic information can be recorded and stored by water and then transferred to living systems. Examples of drugs wherein the effect of the electromagnetic information have been studied include antibiotics, anti-inflammatories, benzodiazepine, progestin, opiates, and hormones.


This post reviews a 2013 publication titled “New Approach Controlling Cancer: Water Memory” by W. H. Kim that was inspired by the work of Jacques Benveniste and Luc Montagnier.

What was the purpose of the study?

p53 gene codes for a protein that is responsible for repairing damaged cells as well as causing damaged cells to die, a process known as apoptosis. Consequently, the p53 gene is regarded as a tumor suppressor gene and is vital to many of the cell’s anti-cancer mechanisms. When there is a mutation in the p53 gene, abnormal cells are able to proliferate, and this may lead to cancer. In fact, it has been shown that more than 50% of human cancers have a mutated p53 gene (Fig. 1).


Considering the importance of p53 in controlling cancer, many researchers have focused on p53 gene therapy for cancer treatment; however, the safety of the therapy has not yet been confirmed. The purpose of the study discussed herein was to investigate whether the electromagnetic information of p53 transferred to mineral reduced water could produce anti-cancer effects. The reason the authors chose mineral reduced water for the study was due to its possible anti-cancer properties since it can act as a scavenger of reactive oxygen species and free radicals, which contribute to cancer progression.

What did the author do?


To prepare the mineral reduced water, a special combination of ceramic balls and magnesium (named UM denoting healing mineral in Korean) was used and placed in contact with tap water overnight, which resulted in mineral reduced water with a pH of 9.8. For the “charged” p53 water, p53 information was first transferred to UM and then passed on to water indirectly by contacting water.

What did the data reveal?

A. Effect on Cancer Cell Proliferation

B. Effect on Apoptosis


Overall the study presented herein demonstrated that mineral reduced water has anti-cancer properties and that “charging” this water with p53 information could function as a tumor suppressor considering stronger anti-cancer effects were observed.

What does this mean?

The evidence presented by W. H. Kim is in line with the work of Jacques Benveniste and Luc Montagnier and although further research is needed, the study illustrates the possible future of imprinting p53 electromagnetic information into water as a means of cancer therapy without any negative side effects. 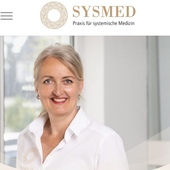