60 women (age of 30,5±4,8 years old) diagnosed with duodenum ulcers were examined in the acute stage. Ulcer diameter was in the range of 7.6±0.7 mm. 80% of the patients had single ulcers, 20% had multiple ones. Patients had symptoms for less than 1 year.


Depending on prescribed therapy, patients were divided into 3 groups (Table 1).

Examination after 6-8 months confirmed that the patients in the 2nd group had the lowest Helicobacter Pylori seeding (Fig. 4).


The presented results related to duodenal ulcer treatment, agree with the literature data for the 1st and for the 3rd groups [ref:1-3]. By including a set of ICs in drinking water together with Omeprazole allowed for notably better results in the treatment of duodenal ulcer, compared to the standard complex treatment of this disease with a set of medical drugs or with Omepazole alone. 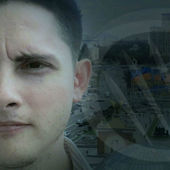